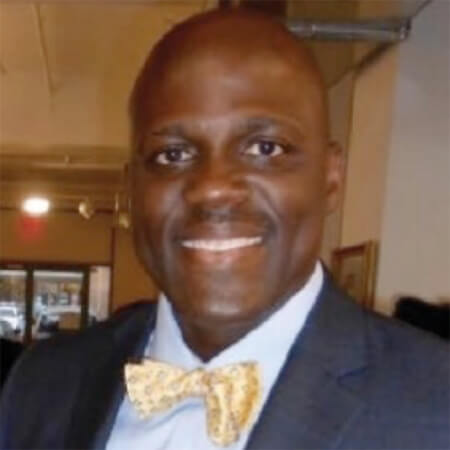 Mr. Davis is a regular member of Claude B. Govan Tri State Chapter. He is currently working with New York State Assemblywoman Inez Dickens on a bill for a Tuskegee Airmen Day in New York State. He is a private pilot retired from the New York City Office of the Sheriff in 2016 after 25 years of service. He is a United States War Veteran who served in the U.S. Army and was awarded the Army Commendation Medal for Combat during the Desert Storm War. As a Deputy Sheriff, he was a Union Representative assigned to the Mayor’s Office of Special Enforcement and participated in 911 recovery.

He has organized political events and fundraisers and was Personal Campaign Advisor to Assemblywoman Inez Dickens and Congressman Charles B. Rangel. As an aircraft owner with a passion for mentoring and encouraging youth to fly, and a member of the Black Pilots of America. He has participated in Skyhook and also flown Young Eagles. He is also a member of One Hundred Black Men and Martin Luther King Jr. Democratic Club.