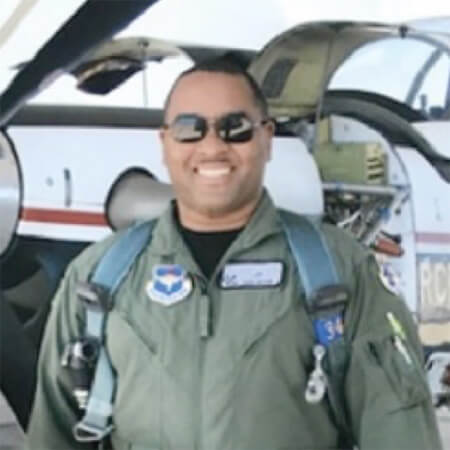 Mr. Butler has served as an First Vice-President since being appointed in late 2020 to fill the remaining term of Mr. Jerry Burton after he ascended to the office of National President. Mr. Butler is a graduate of The United States Air Force Academy with a B. S. Degree in Social Sciences.  He spent 20 years on active duty as a Pilot, accumulating 5,000+ flying hours primarily as a KC-10 pilot and Instructor pilot in the T-37 and T-6 aircraft. Upon retiring from active duty, he served for six years as a Civil Servant and currently works as a Business Development manager for a major defense contractor.

He is a Member of the Gen. Daniel “Chappie” James, Jr. Chapter and serves as its Events Committee Chairman and Website Administrator. He also manages the Chapter’s Youth Drone Flying program and its annual golf tournament. He is committed to preserving the legacy of the Tuskegee Airmen, and mentoring youngsters towards careers in aviation and military service